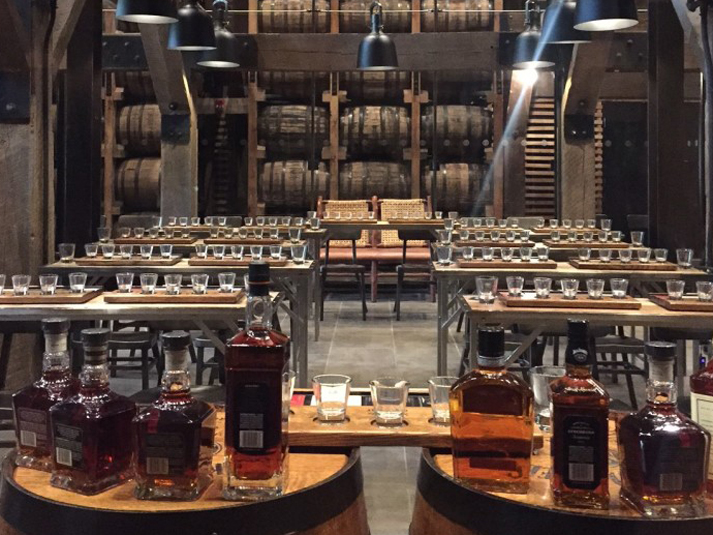 “Barrel House 1-14 was originally constructed in 1938 and was the first barrel warehouse built by Jack Daniel’s following the end of prohibition.  The renovation program includes two three-story high glass-walled tasting pavilions and a main atrium that will be used for dinners, receptions and other special events.  From both the tasting pavilions and the atrium, guests will be able to view the massive original oak structural elements of the building, as well as barrels of aging whiskey stored on racks ranging three stories to the roof of the building.  Although the outward appearance of the building is still as it was in the 1930’s – a sheet-metal warehouse – the interior has been brought up to modern standards.”  JLL Tennessee Blog July 18, 2016 Web